Hi. I’m Chris Beshore and I’m an iOS software developer based in Kansas City, Missouri. I started developing for iOS in 2010. I released my first app on the iPhone in October of 2011. I have released a total of 13 apps. My apps are native to the iOS platform and coded, designed, and marketed completely by me. I’ve had some successes and I’ve had some failures. I’ve enjoyed every minute. 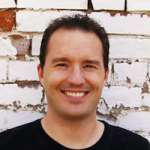 where to find me

Tools, tricks, ideas, marketing for iOS developers. A brain dump of all the cool stuff I've found in the last week. No spam. Your email will only be used for Indie iOS Focus Weekly. Unsubscribe anytime.
Tweets
Copyright Cozy Apps, LLC 2020 - All Rights Reserved
Back To Top
×